Sapsaree and the Korean Nation 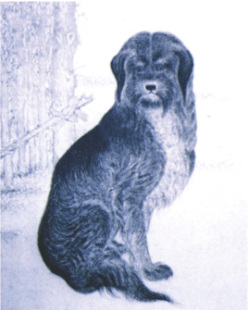 The Sapsarees were prized as guardian angels for the Korean people. The Literal meaning of its name, Sapsaree is "One that roots out evil spirits. A popular saying states that the Sapsarees drive away ghosts because ghosts are deathly afraid of it. During Korean ancient days, only the royal families bred dogs. It was only from the Koryo Dynasty that the Sapsarees were bred and owned by common people. During the Choson Dynasty, the image of the Sapsaree breed was placed on many imperial seals.

The Sapsaree, like the Korean nation, has shared both glory and suffering throughout its history. For example, the Sapsaree symbolizes the glorious past of the ancient Korean nation. According to some history books such as "Handangogi" Chi-u, the fourteenth emperor of the first Korean Empire established in 3897 B.C., ruled most of the Chinese central and eastern areas. The emperor carried an emblem in the likeness of the Saparee because he believed its spirit protected him. Chi-u was never defeated and was revered as the God of War. Even the Chinese Han Dynasty Liu Bang worshipped Chi-u before going to war.

However, during Japan's colonial rule over Korea (1910-1945), the Sapsaree too underwent an age of agony, as the Korean nation did. In 1940, the Japanese colonial government issued Order No.26 to slaughter domestic dogs in Korea, primarily for use as raw material for the Japanese army's winter uniforms and boots during World War Ⅱ. The Sapsarees were targeted mostly for their long, furry coats. As many as one and a half million Sapsarees were brutally killed, and, as a result, this striking Korean canine came perilously close to extinction.

In the mid-1960s, Professor Sung-Jin Ha in the Department of Veterinary Medicine in Kyungpook National University in Daegu, South Korea, searched diligently for any remaining Sapsarees that survived the Japanese massacre during the colonial period (1910-1945), and after the destructive Koreans War (1950-1953). Thirty Sapsarees were found and nourished at his ranch in Gyeongsan (near Daegu, South Korea). Under Professor Ha's leadership, several professors from the university initiated research on protecting and breeding Sapsarees. However, it was not until his son, Dr. Ji-Hong Ha, a professor at the Genetic Engineering Department in Kyungpook National University, took over the research task that the Sapsarees met the age of restoration.

Under professor Ji-Hong Ha's leadership, the number of Sapsarees in Korea has increased to more than 3500. About one-Seventh of them are maintained in Gyeongsan Sapsaree Research Center in Gyeongsan, South Korea, and the rest of them are raised by dog lovers in South Korea. During the entire period of restoration, Professor Ha made tremendous efforts to preserve the genetic diversity of the Sapsaree population by adopting a non-restricted selection system for specific characteristics based on size and appearance. In doing so, he overcame the genetic problem of inbreeding depression and, therefore, prevented a bottleneck of reproduction at an early stage.

As a result, the Sapsarees show relatively strong disease resistance and no significant genetic disease. Information of all individual Sapsarees has been filed and accumulated to form an invaluable database for preserving Sapsarees. Pedigree of Sapsarees can be verified by genotyping, and each individual identified by microchip insertion.

In 1999, the Foundation allowed the general public to apply for owenership of Sapsarees. Currently, its membership has grown to about 2,000 people. 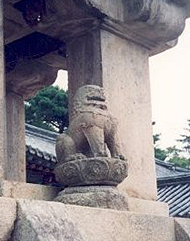 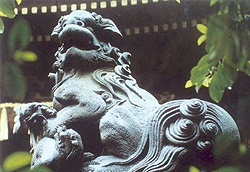 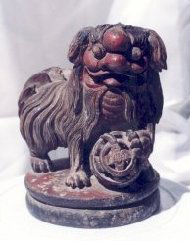